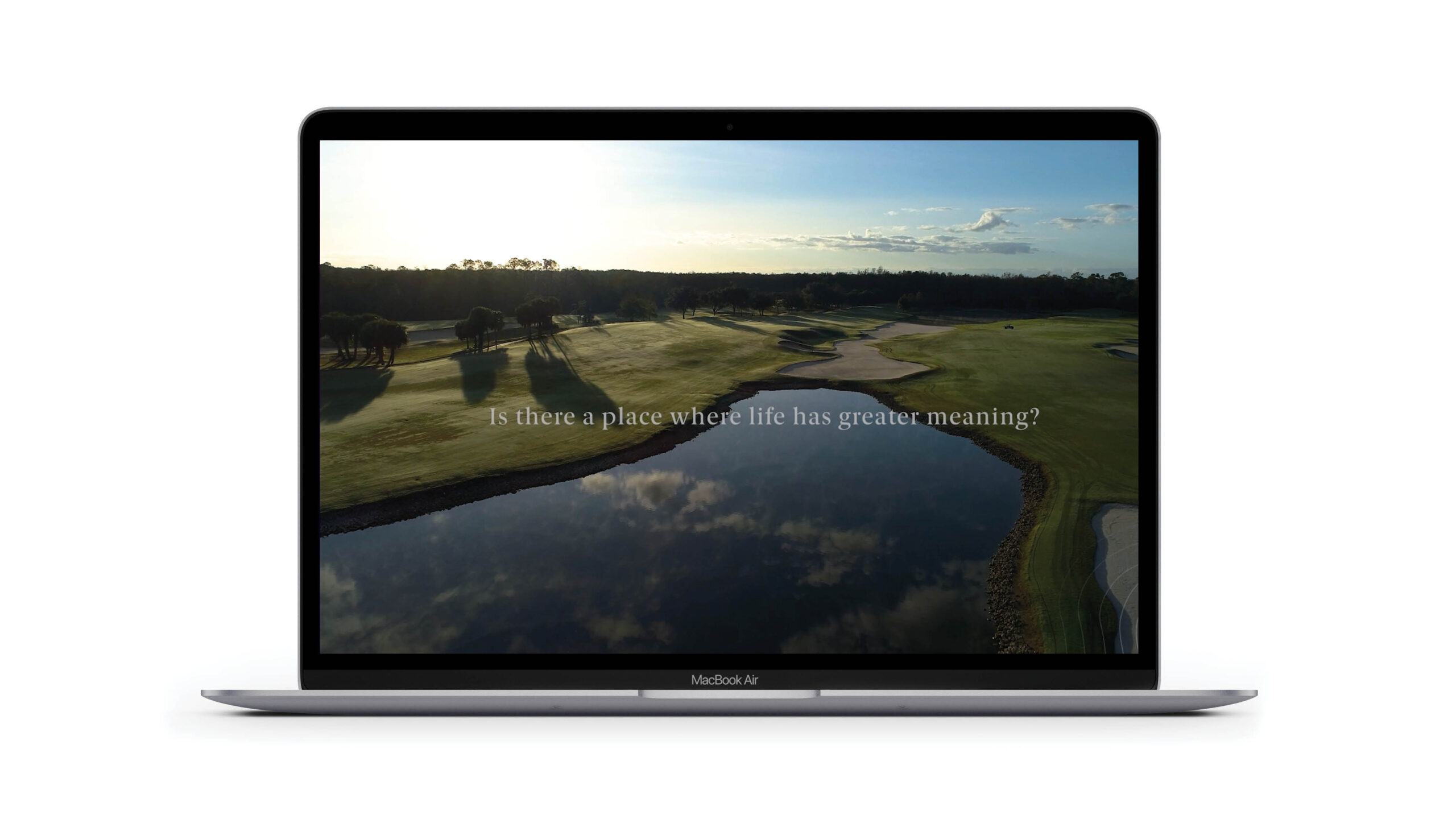 Bonita Bay is a 2,400-acre, private master-planned community, owned and managed by its homeowners. Residents enjoy a relaxed cadence, astonishing privacy and idyllic serenity, living on fewer than 42% of those acres. The remaining land is preserved for native wildlife and expanses of unspoiled subtropical vegetation.

For over three decades, it has remained among the most prestigious communities in Southwest Florida. Bonita Bay’s remarkable offering of amenities go far beyond those found in a typical country club community, including a private marina, beach park on the Gulf of Mexico and five 18-hole championship golf courses designed by Arthur Hills and Tom Fazio.

The Bonita Bay Community Association, in collaboration with Bonita Bay Club and Bonita Bay Marina, wanted to communicate what a uniquely transformative place Bonita Bay was, with a lifestyle driven by the passions of its homeowners as well as maintain the legacy of its original developer. They asked us to create a five-minute video to inform and inspire generations of Bonita Bay residents as well as prospective new homeowners on what an astonishingly unique place their community is.

The story follows a “day in the life” chronology, touching on natural beauty, parks and recreational amenities, neighborhoods and the overall lifestyle in an easy, relaxed, unintrusive way. The script draws inspiration from Bonita Bay’s existing brand messaging.

Over the span of a year, we curated existing footage of Bonita Bay from a variety of outlets. Then we scripted, cast, directed, shot, edited and scored this visually engaging video encompassing all the community has to offer. Iconography and the color-coded community map help those unfamiliar with Bonita Bay appreciate the expanse of its acreage. Dramatic aerial drone video and the musical soundtrack enhance the video’s cinematic experience.