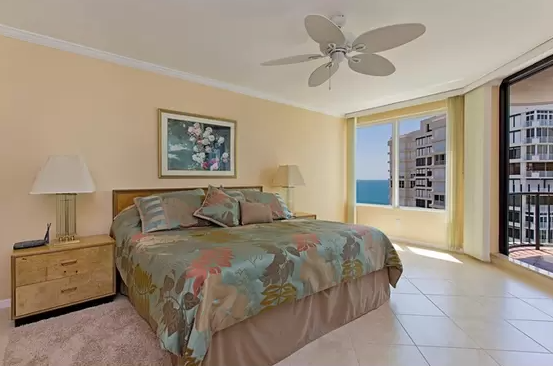 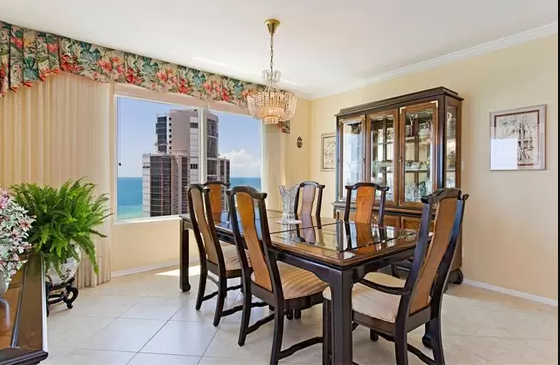 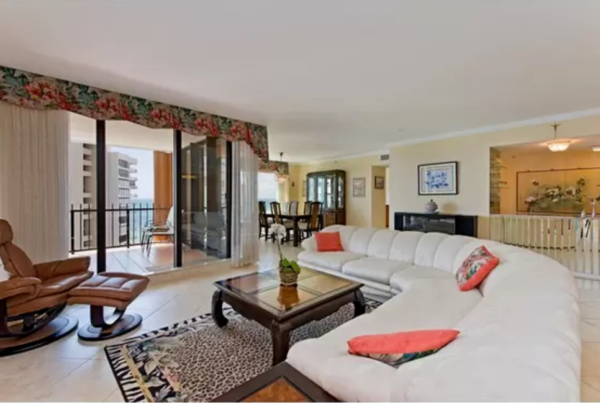 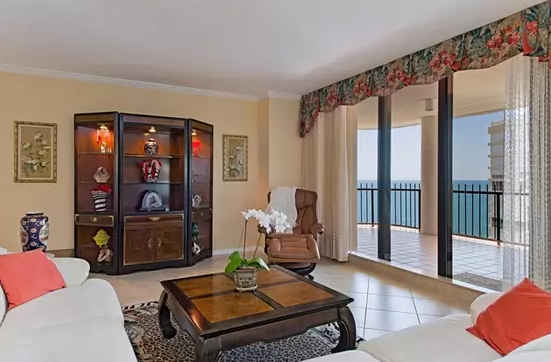 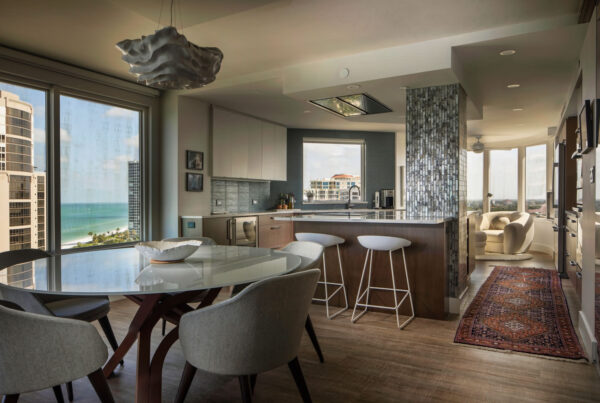 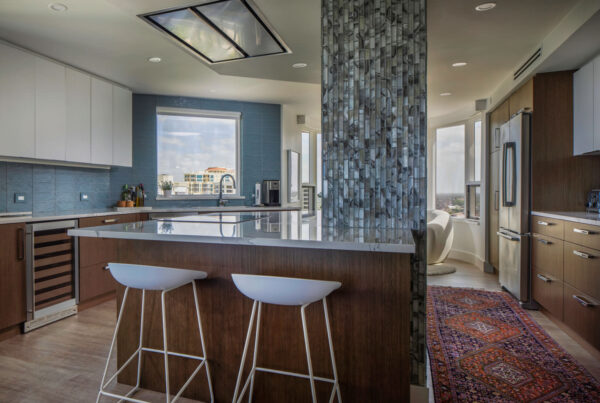 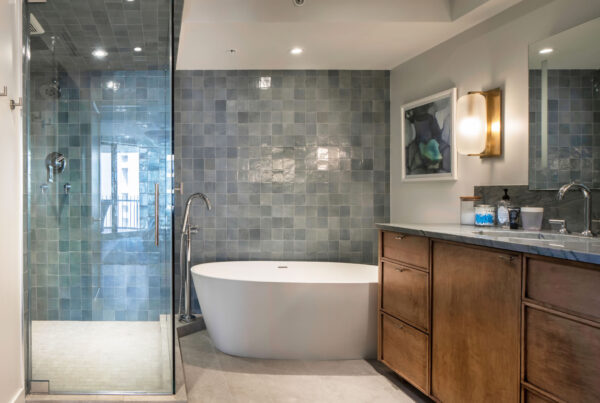 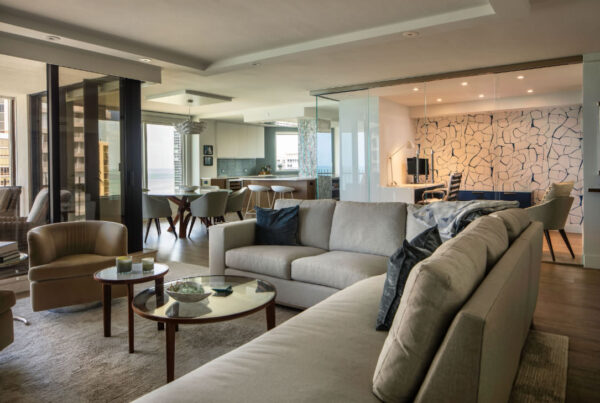 • This client works from home and was looking to create an office space that was both functional and taking advantage of the spectacular gulf views from her 19th-story unit. This was one of the inspirations for this whole house remodel.
• This unit’s total of 2101 square feet was remodeled, including all rooms and bathrooms.
• One challenge was that the client purchased a condominium with the original floorplan, and no major remodels had been completed, making it dated.
• The color palette inspirations are shades of sea glass, turquoise, deep blues, and sandy browns & beige.
• What used to be an existing hallway, wet bar, and pantry was converted into a 58-square-foot office with floor-to-ceiling glass windows and doors, making the room and the adjacent living area appear larger.
• The former kitchen was closed off by a wall between the dining room and kitchen. This wall was removed, opening the floorplan up, so gulf views were panoramic from the living room to the kitchen.
• The addition of the office, removal of the wall separating the kitchen and dining room, and removal of kitchen countertops that previously jutted into the breakfast nook allowed the circulation of space and created a panoramic view of the gulf.
• Notable design selections in the kitchen include glass tile by CrystalWave, lighting by WAC Lighting, Minuet Viatera Quartz, and appliances by Bosch.
• Over 1,500 mosaic tile pieces were used on the column where the new kitchen island was built.
• A new kitchen island was placed in the middle of the room with a 500-pound Minuet Viatera slab to give the client 300% more kitchen counter space.
• The master bedroom and bathroom were Moroccan-inspired, with beautiful wall treatments in the bedroom in calming ocean tones and Tadelakt-inspired finishes in the master bath.
• Zellige tiles were placed in the bathroom, water-inspired wall treatments were used, and a steam shower and soaking tub were installed, along with a frosted glass enclosure.
• One of the biggest construction challenges was installing the soaking tub: The Architect needed to reconfigure the water supply lines into the shower and determine where the soaking tub would fit. The end result was spectacular.